As we approach September 25th, the first anniversary of the release of the Hamilton soundtrack, let’s relive some of the best songs and discover more about the historical events they are based on. First off, let me just say that Hamilton (the musical) is an incredibly entertaining work and Lin-Manuel Miranda (LMM) is a genius. I don’t believe it was ever intended to be a precise retelling of history, but instead an extremely fun and dramatic story about one of the lesser-known founding fathers of the United States. This list is not meant to criticize the historically inaccurate parts of the musical, but rather to paint a more complete picture about some of the interesting aspects of the story based on the biography ‘Alexander Hamilton’, written by Ron Chernow.

Everyone loves the Schuyler sisters; Angelica, the intelligent and captivating oldest sister, Eliza the loving and fiercely loyal younger sibling, and Peggy with her very brief appearance in the musical spawned the “and Peggy” punchline as seen on T-shirts. If the song included all of the Schuyler sisters it would have been “Angelica, Eliza…and Peggy…and Cornelia”. Ultimately there ended up being five Schuyler sisters if you count Catherine, who was born later. Beyond the sisters, there were also three Schuyler brothers: John, Phillip and Rensselaer. 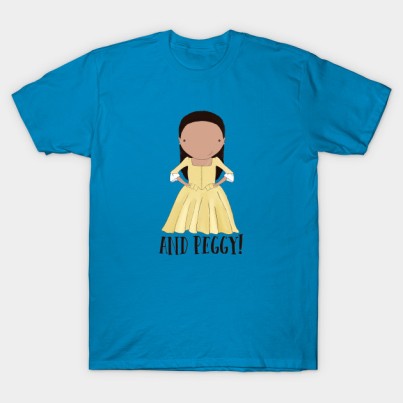 In the musical, Angelica meets Hamilton first and is instantly smitten, but then introduces him to Eliza since, as the eldest, she sees it as her duty to marry for status and money, of which Hamilton had neither at that point in his life. The song “Satisfied” retells the story of their meeting from Angelica’s perspective. In the song’s version of events, Angelica and Eliza are both unmarried and eligible. In reality, Angelica was already married by the time she met Hamilton and her name was Angelica Church. She had married the very wealthy John Church, who is later referenced in the song “Non-Stop”; “I have found a wealthy husband who will keep me in comfort for all my days”. The facts however do not refute that Angelica may have been, in actuality, “never satisfied”. There was a very strong affection, perhaps even lust between Angelica and Alexander for the rest of his life. Their letters confirm that they had strong feelings for one another, but despite rumors to the contrary, there is no clear evidence that they ever had an affair.

(Angelica Church, her son and her servant)

The song “Farmer Refuted” recounts part of Hamilton’s development as an intellectual force to fight against the loyalist voices of those opposed to the revolution. In the song, we hear from Samuel Seabury who makes an impassioned plea for loyalty to Britain. The scene plays out like a debate in a public square with Hamilton offering withering criticism of Seabury’s arguments and topping it off with some creative personal insults like, “My dog speaks more eloquently…but strangely your mange is the same!” In reality, this debate did occur, but all in printed form as pamphlets or in newspapers with Seabury and Hamilton both writing anonymously. Each man completed several volumes, responding to one another over a period of months. Seabury, a known loyalist and widely suspected of being the author known as “A Westchester Farmer” was later seized by a patriot militia, paraded through the streets and imprisoned.

In the song “Right Hand Man”, we learn how Hamilton came to become George Washington’s most trusted advisor. The song also features Aaron Burr as his proposal to join Washington’s staff is summarily rebuffed. In reality, Burr did serve for a short time on Washington’s staff but was disappointed when it became clear he would not serve as a close advisor to the General, and he subsequently quit.  After the disappointing and lopsided military defeats in Brooklyn and lower Manhattan, the Continental Army was forced to retreat to Harlem Heights and Hamilton’s company came under the direct command of Washington. The song seems to suggest that Hamilton was quickly elevated to Washington’s side at this point, but the historical record suggests it happened much later. After observing Hamilton for several months through multiple battles in New York, New Jersey and Pennsylvania, Washington finally offered Hamilton a position as an aide-de-camp in January 1777.

In the musical, George Washington and Hamilton have an explosive argument which sprouted from controversy over the duel between Charles Lee and John Laurens. The song “Meet Me Inside” ends with Washington ordering Hamilton to go home. In the following song “That Would Be Enough”, Eliza explains to Hamilton that she had written to Washington asking him to send Hamilton home to be with her during her pregnancy. In reality, Hamilton and Washington did have a major falling out which led to Hamilton’s return to New York, but their quarrel had nothing to do with the Charles Lee incident and it was Hamilton who voluntarily resigned his position and not Washington who sent him away.

In the course of the argument during “Meet Me Inside”, Washington scolds Hamilton “You solve nothing, you aggravate our allies to the South”. To this Hamilton responds, “You’re absolutely right, John should have shot him in the mouth-that would have shut him up”. While people watching the musical may see this as a clever and biting retort, it actually references what happened when another of Washington’s harshest critics, Thomas Conway (whose name is referenced later in the same song) was forced into a duel by General John Cadwalader. After firing a ball which went through Conway’s mouth and exited the back of his head, Cadwalader reportedly exclaimed, “I have stopped the damned rascal’s lying tongue at any rate”. Amazingly, Conway survived his injuries and went on to serve in the French military.

The song “Guns and Ships” features Marquis de Lafayette spitting the fastest and some of the most creative rhymes in the entire musical, “I’m takin’ this horse by the reins, makin’ redcoats redder with bloodstains”. The real Lafayette was just as brave and influential as the character in the musical. While the song suggests that Lafayette convinced Washington to write to Hamilton and invite him back into the fight, the biography tells a different version. Hamilton’s thirst for military combat was unquenchable and he had pestered Washington for years to give him command of a battalion. Washington knew Hamilton was a talented fighter and leader, but saw him as too valuable an advisor to let him go. This created friction between the two men and was certainly a contributing factor to Hamilton’s resignation as Washington’s aide-de-camp. Hamilton relentlessly hounded Washington in letters to grant him command even after he left for New York. Washington eventually acceded in July 1781 giving Hamilton command of a light-infantry battalion. 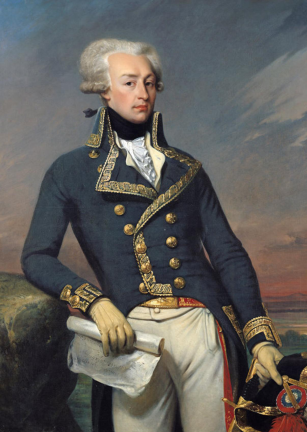 In “Guns and Ships”, Lafayette tells Washington “We can end this war in Yorktown”. The biography confirms that Lafayette did play a role in convincing Washington to stage a pivotal attack in Yorktown, informing him that British General Cornwallis had dug in and was surrounded on three sides by water; but this was not the only factor in the decision. Washington initially planned a siege of New York City to be the decisive blow against the British forces, but the French fleet led by Admiral de Grasse had reservations about this due to the shallow waters in New York harbor and instead sailed for Chesapeake Bay. Getting Washington’s troops to Yorktown without alerting British forces to the movement of such a large army was not easy, but he employed some creative measures that got the job done. 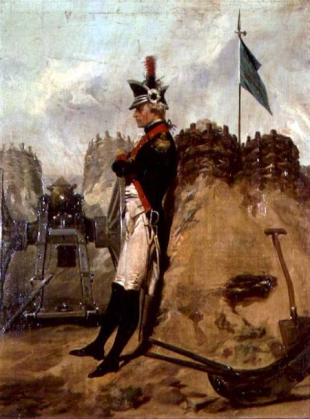 (Colonel Alexander Hamilton at the battle of Yorktown)

In an attempt to complete a new trench near British fortifications at Yorktown, Washington knew that continental forces would have to overrun two British redoubts and decided these would be taken simultaneously by bayonet attacks. The men needed to get inside quickly to take control of the redoubt. In the song “Yorktown (The World Turned Upside Down)”, Hamilton tells his men to remove the bullets from their weapons as they quietly approach British fortifications, “We cannot let a stray gunshot give us away”. While stealth was certainly one aim of this approach, the biography suggests it was also about “soldierly pride”. According to the biography, the men let out “war whoops” and “loud cheering” as they rushed forward, this would seem to contradict the idea that removing bullets from their weapons was all about a stealthy advance.

The song “Non-Stop” gives us a sense for how prolific a writer Hamilton was. Perhaps his most celebrated work is the Federalist Papers. This series of 85 essays is often credited with making the case for the ratification of the US Constitution. In the song, Hamilton approaches Aaron Burr to collaborate on the Federalist Papers, but Burr refuses. In truth Burr was never invited to work on the series. Hamilton did respect Burr’s capability as a lawyer but was often distrustful of him for an apparent lack of values or forthrightness. The song accurately credits James Madison and John Jay as Hamilton’s co-authors, with Hamilton writing the lion’s share of the essays. Hamilton actually recruited two others to help write, William Duer and Gouverneur Morris. Duer completed two essays, though they were never included in the printed collections while Morris declined participation as he was too preoccupied with business concerns.

Those familiar with the musical might note that this list of 10 items encompasses only the first half of the musical. If you enjoyed this article, let me know in comments below or via Twitter @Tech_Derek – I might be convinced to write the next 10 as well. 🙂